← back to
Carpe Sonum Records
Get fresh music recommendations delivered to your inbox every Friday.
We've updated our Terms of Use. You can review the changes here. 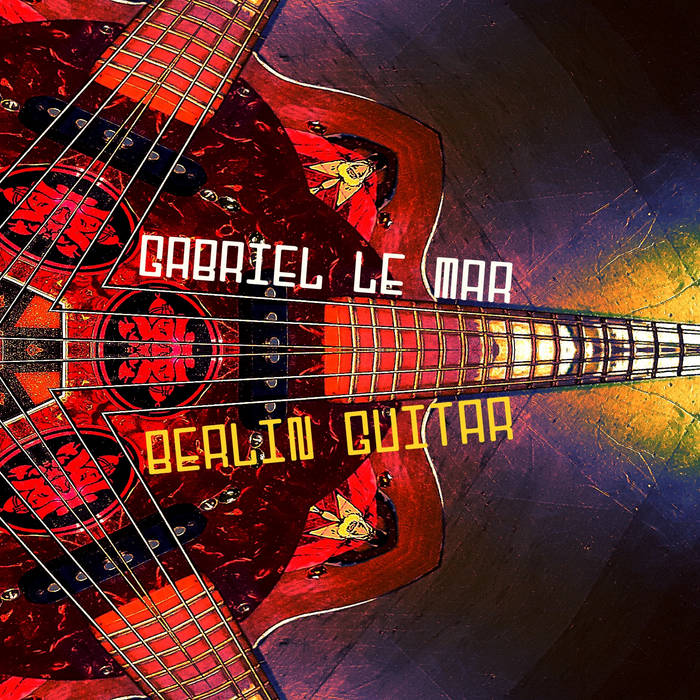 patient_ot Great driving techno with a touch of The Berlin School, loads of melody, and some nice guitar textures. Looking forward to the physical copy.

accentbuster Really great mind-opening journey with various different influences. Brought together in a distinctive meltdown. What I like most personally is the psychedelic & acid trance elements in it. Favorite track: Below the Surface.

ॐ Across The Universe ॐ

I found my old guitar, which I played up and down in my Berlin time as a kid in the 70s. As a young artist in the 80s, and when we moved into the studios in the 90s. I met different bands and artists and got together to start something. The revolution in the East just ended. We danced to Acid House and digged into the Neo-Hippie vibes just came back from Goa/India and the most important thing for us had been the music and experiencing this together with inspired people. The music took us to very special places and we risked our ears in dark cellars.

When I started playing my Berlin guitar again, there was a feeling of returning to those emotional states and a desire to produce an album with the guitar to capture that special energy. I realized that I had taken a huge mountain of memories with me to rediscover Berlin in a new process. Music from memory, experimenting with different methods to let things out in a different way compared to what and how I did that before, fusing the past with the here and now. I flew towards my ideas, influenced by Post Punk, New Wave, Art- and Kraut Rock, Psychedelia, Post Disco and Techno.

· Mitropa:
Indietronic Post Disco marching in a 4 to the floor beat with a strumming concise melodic guitar riff that guides through that ride.

· SO36:
An uptempo fusion of electronic Goth Acidhouse Psychedelia elements.

· Silly Love Song:
A highly emotional electronic Rhythm and Blues guitar ballad, the lead guitar tells the story in an strongly up- and downlbuilding expression, guided by a minimalistic handplayed funky bass & beat guided by a gliding 303 synth.

· European Son
· No Closing Time:
Both tracks peel out their post Discotronic Acidtechnohouse influences, made to dance. With the band Japan being one of Gabriel’s favourite bands and Giorgio Moroder having produced them Gabriel’s choice to present his own cover version of European Son on this album and allow himself influences in Mitropa as a reminiscence to some of his early inspirations. European Son comes in an instrumental version.

· Cosmic Ride:
Indietronic Acidhouse with a swing and a smoothy riding fretless bass flowing. The name is a reference to those German artists of 70s that didn’t really like the term Kraut Rock but prefered their music tagged as Cosmic instead.

· Below The Surface:
Indietronic, spiral guitar strings dived in deep hall texture gliding over the far away sonic horizont.

· Trippin’ With Ralf + Florian:
Indietronic Acidhouse with a touch of Psychedelia, hypnotic synth patterns over layered funky guitars and baselines create a deep and groovy sonic experience with an irresistable dance appeal.

· Cause We’re Lovers:
Acidtechno melting with elements of 70s Psychedelia where singing e-bowed guitars connect with a hypnotically pulsating Techno groove and 303 baselines delivering that feel of Funk on top to it.

Gabriel Le Mar is a music producer releasing electronic music with a special focus on deep sounds.
The Dub-feeling is clearly the inspiration behind his productions.
Always in a search for fresh musical experiences Gabriel Le Mar likes to integrate himself in different artistic constellations with projects like Saafi Brothers, Aural Float and Dublocation.
www.le-mar.de ... more

Bandcamp Daily  your guide to the world of Bandcamp